The pain of road accidents in Auraiya will not be forgotten yet and again major road accidents occur in three states of the country. Most of the migrant laborers who died in these accidents are going to their homes by buses.

The migration of migrant laborers continues in the midst of the epidemic crisis, with three major road accidents occurring in the country during the last 24 hours. However, in view of the needs of the people, the government is gradually giving exemption for necessary works. The lockdown has been in force across the country since the end of March to prevent the infection of novel coronavirus. 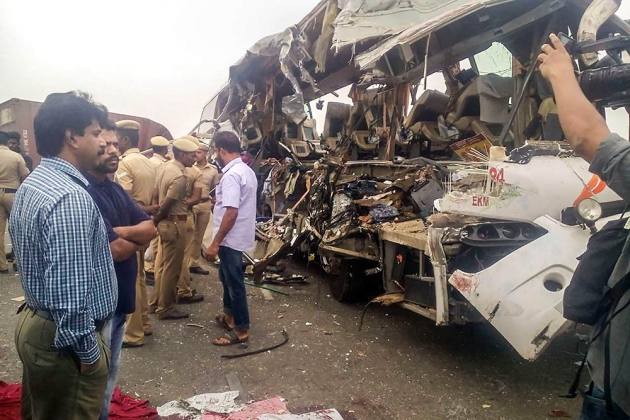 A major accident took place in Bihar on Tuesday morning. A bus carrying migrant workers from Darbhanga to Banka collided with a loaded truck. In this face-to-face truck, the truck fell into a roadside moat. All the migrant laborers aboard the bus are buried under the rubble. The bodies of nine workers have been exhumed amid relief and rescue operations, four of them seriously injured.

Encounter between Security Forces and Terrorists in Pulwama, Jammu and Kashmir, 1 Terrorist Killed –